It was a brief meeting on Friday, but one that confirmed my suspicions that Prabal Gurung is both a smart and a nice guy. The New York-based designer was making a brief appearance at Neiman Marcus San Francisco to preview his Spring 2011 line, and with all the press he’s been getting having recently dressed First Lady Michelle Obama for a White House dinner—along with his usual bevy of celebrity A-listers – I decided to do a drive-by to talk shop with the designer. 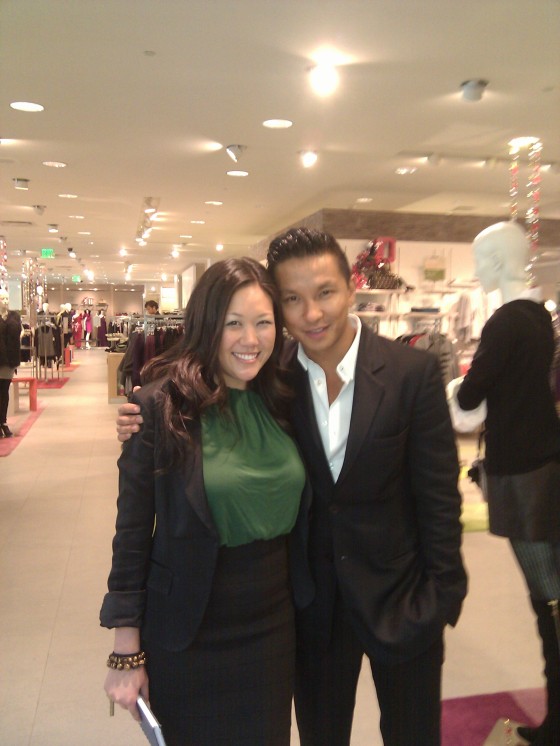 In spite of a packed morning of press interviews (I’m told he did a total of 11, not including mine), and the cabal of ladies who lunch swirling around to take photos with him, he took time out to thoughtfully answer a couple of my burning questions.

Does the Nepalese designer ever think about the fact that he’s part of a generation of rising, young Asian-American New York fashion designers?
“You definitely notice it! We all do,” Gurung says. “Even though I’m ‘color blind’ and I’m friends with people of all cultures, I do hang out socially with Jason [Wu], Derek [Lam], Peter [Som], Thakoon [Panichgul]. There’s this big crop of us, and I love it and love that we are all friends and we are very supportive of each other. It’s a reality, and it was something that was a long time coming.” 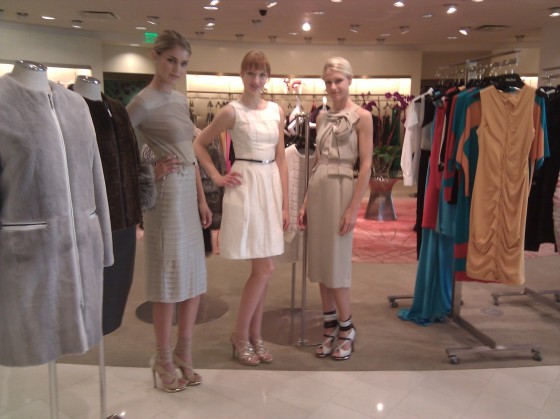 There seems to be a connection to the Indian culture and aesthetic that makes its way into your designs. Where does this draw come from?
“I’m inspired by the whole region of India, China, and Nepal, because of my background,” Gurung says. “The culture, the history, it’s a celebration of color and of life. It’s what I love and I can’t design in a vacuum, so it always makes its way into my collections.”