Fashion’s Night Out with The Countess 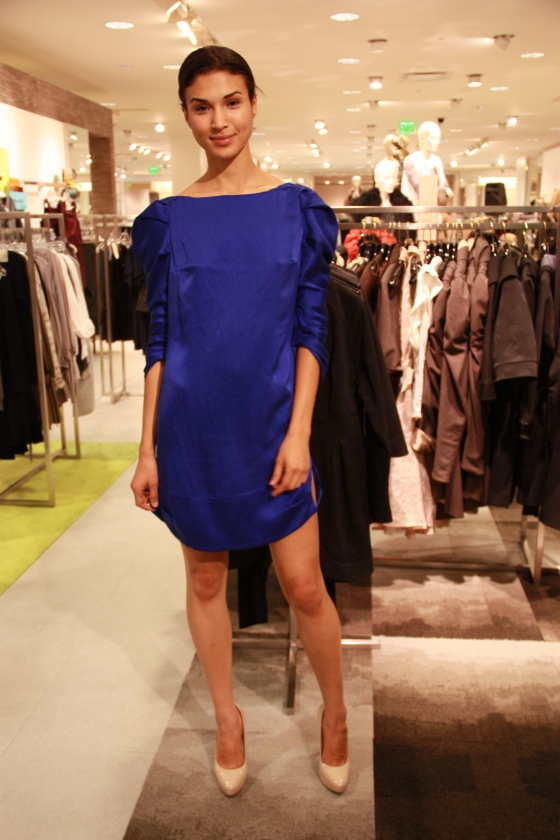 Even though I’m still desperately waiting for summer weather to finally make its way to San Francisco, I’m actually content that September is here. It’s a month that always gets me revved up about fashion—from the behemoth fall fashion issues that are crammed into my mailbox every day (keep ‘em coming!), to the stacks of invitations to festive events happening around town. 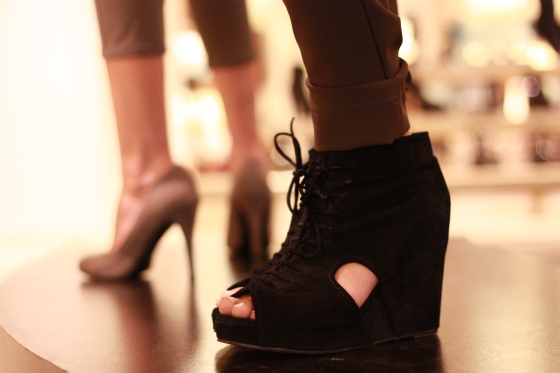 Though it’s still a new concept dreamt up by Anna Wintour and the CFDA to jump-start retail in a bad economy, Fashion’s Night Out is one of those shopping-meets-entertainment events that kicks off the fall fashion season, and has managed to catch on like wildfire across the country. This year more than 100 cities joined in on Sept. 10, including a host of retailers in downtown San Francisco. 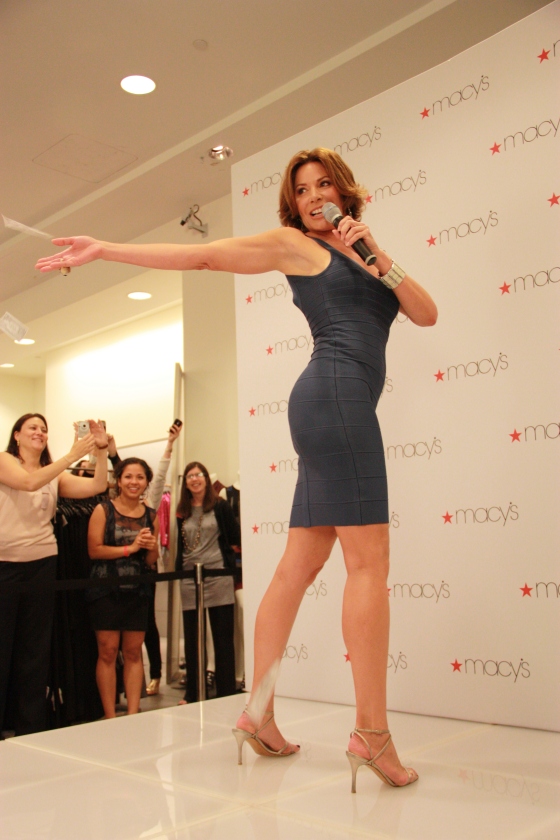 The Countess sings her single "Money Can't Buy You Class" at Macy's Union Square before signing fans' books for two hours after her performance.

I decided to embrace the party-induced shopping seduction that night in Union Square. And while I’m still trying to figure out how, exactly, “The Countess” Luann Lesseps of the reality TV show “Real Housewives of New York City” has any real connection to fashion, I was nonetheless thoroughly amused by her packed performance at Macy’s. (The number of joyful, screaming fans in attendance rivaled a U2 concert!) 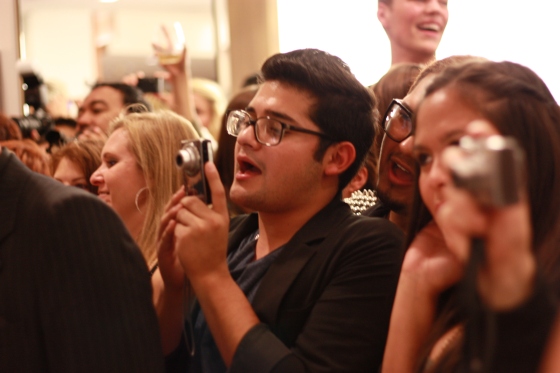 Another “only in SF” highlight of the evening? Shoppers sipping champagne and noshing on hotdogs—with the works—at Neiman Marcus‘ The Cusp Department while perusing racks of DVF dresses! 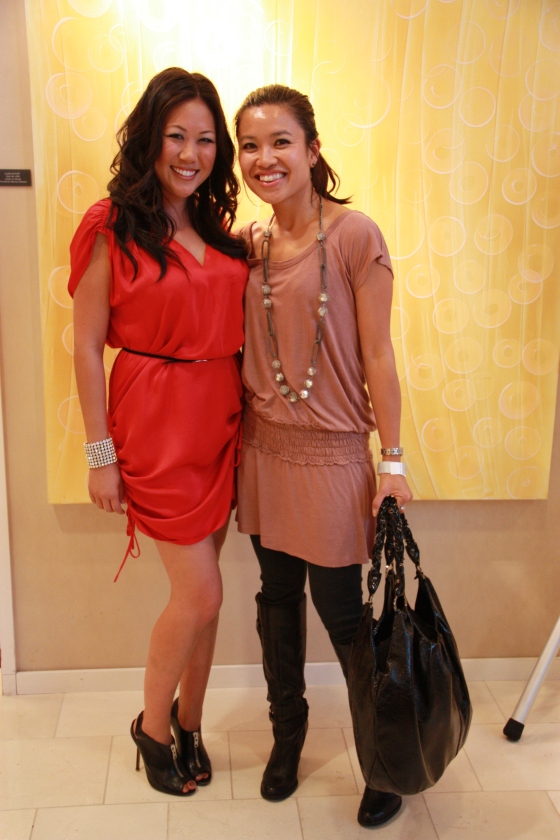 Me with friend--and Neiman Marcus PR guru--Ye-Hui Lu, who is always looking party-ready.

Be sure to check out more of my Fashion’s Night Out coverage for the Chronicle’s Unzipped style blog, video of The Countess on You Tube (pardon the shaky cam…it was crowded!), and additional fashion photos from my night on the town. 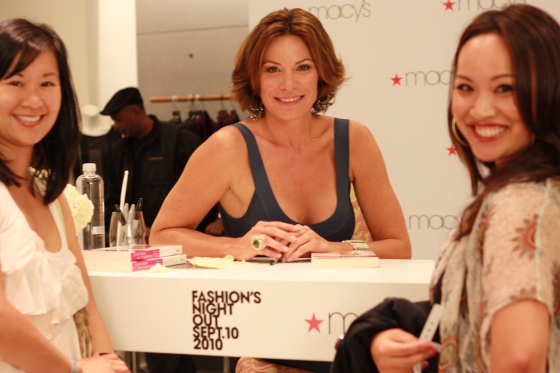 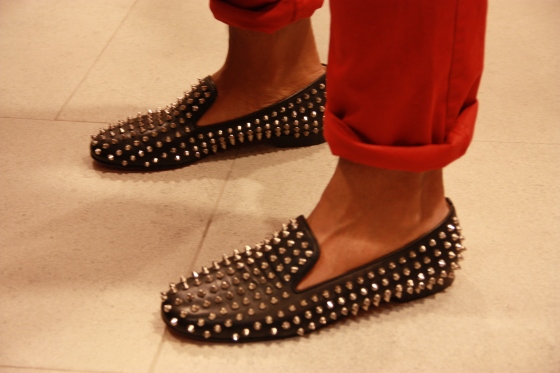 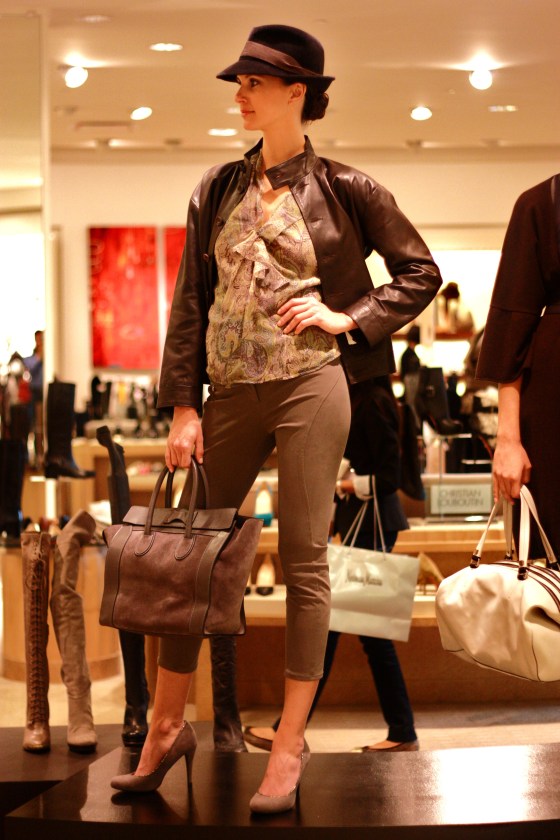 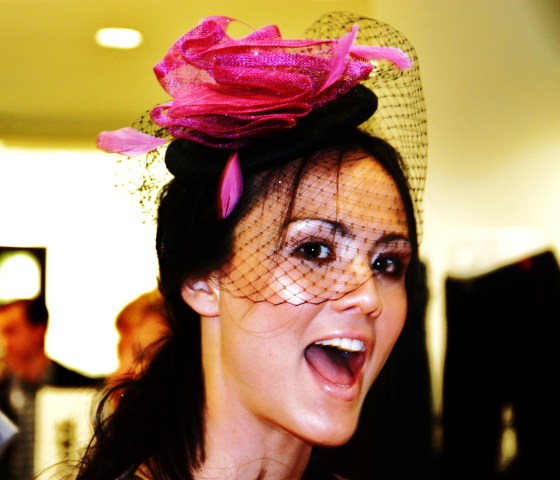 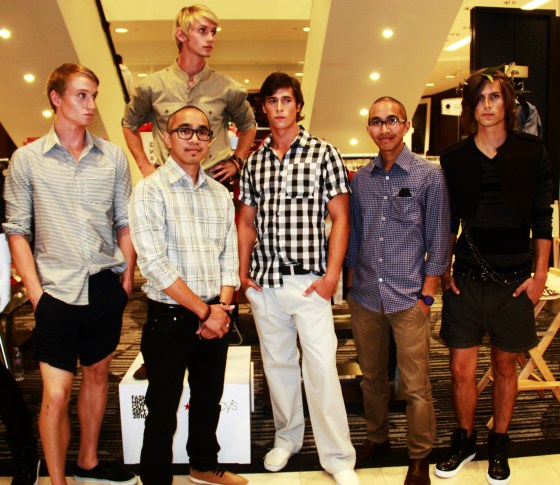 2 thoughts on “Fashion’s Night Out with The Countess”