It’s not every day that a San Francisco fashion event draws the special breed of stylish male shoppers who probably know the difference between a three-fold versus a four-fold silk grenadine tie or perhaps the finer points of construction of a Goodyear welt wingtip oxford.

But at the premiere fashion showcase last month celebrating the 10th anniversary of Styleforum, an online fashion community for men, more than 300 dapper guests turned out at the W Hotel for bespoke suit fittings, complimentary shoe shines and an opportunity to peruse 15 local and national vendors specializing in quality menswear.

END_OF_DOCUMENT_TOKEN_TO_BE_REPLACED

More than 400 fashion followers—a few who came from as far as Seattle and Napa—descended upon San Jose’s stylish retail-residential hot spot for a balmy afternoon of bubbly, bites, and a double-header of fashion shows featuring summer’s biggest trends.

END_OF_DOCUMENT_TOKEN_TO_BE_REPLACED

‘Supreme Beings’ fashion event at SOMArts: Likely the strangest video you’ll ever see on my blog!

It’s likely that most San Franciscans have never experienced a fashion show where an intermission was required to mop fake blood off the runway.
But at the “Supreme Beings” avant-garde fashion event on March 1 at the SOMArts Cultural Center, that’s exactly what happened. An evening of bizarre spectacle merged with conceptual fashion, attracting about 200 curious guests.

END_OF_DOCUMENT_TOKEN_TO_BE_REPLACED

All photos by Nerissa Itchon.

END_OF_DOCUMENT_TOKEN_TO_BE_REPLACED 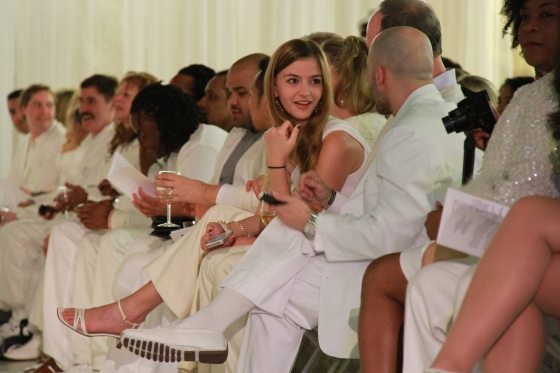 Copy as seen in the San Francisco Chronicle
Sunday, February 5, 2012

Never mind the old-fashioned advice against wearing weight-adding white on camera. At the third annual Snow event, hosted by the San Francisco Bay Area Fashion Network, droves of picture-happy partygoers eagerly posing in head-to-toe white were as much a part of the entertainment as the white-themed fashion show.

Held at the unlikely venue of a SoMa auto-repair garage that was transformed into an industrial-chic catwalk Jan. 28, the evening drew about 250 guests dressed in everything from slinky gowns and feathered spectator hats to cheeky flight suits and fur chubbies.

END_OF_DOCUMENT_TOKEN_TO_BE_REPLACED

Why Alexa Chung’s Capsule Collection for Madewell should be called: “Things I like to wear by Alexa Chung.”

It’s always a curiosity meeting celebrities, especially ones you’ve already formed opinions of well before you’ve ever actually ever seen them in person or talked to them. I get a huge kick out of times when I expect someone to be one way, and they turn out to be completely another. Meeting stylesetter Alexa Chung  at Madewell on Thursday night was sort of in that “didn’t expect that” category.

In town for a personal appearance, on a national tour,  to fete the launch of her sophomore capsule collection for the prep-meets-indie-hipster retailer, the 27-year-old model/host/designer/it girl surprised me with her quirky personality (at one point she was doing the Charleston in between signing autographs) and her rather relaxed attitude (she’s a New York transplant but didn’t seem the least bit rushed even as crowds were hovering during our couch interview).

END_OF_DOCUMENT_TOKEN_TO_BE_REPLACED

Manhattan’s Lincoln Center Plaza was a veritable feast for the eyes throughout New York Fashion Week with stylish guests, who were busy on their smart phones or hailing cabs, dressed in bright pops of color and playful prints. Even in the unseasonably hot fall weather, a gaggle of industrious fashion bloggers—cameras in tow—lingered each day outside the theater awaiting the sartorial parade to begin.

END_OF_DOCUMENT_TOKEN_TO_BE_REPLACED

As seen in the San Francisco Chronicle September 18, 2011 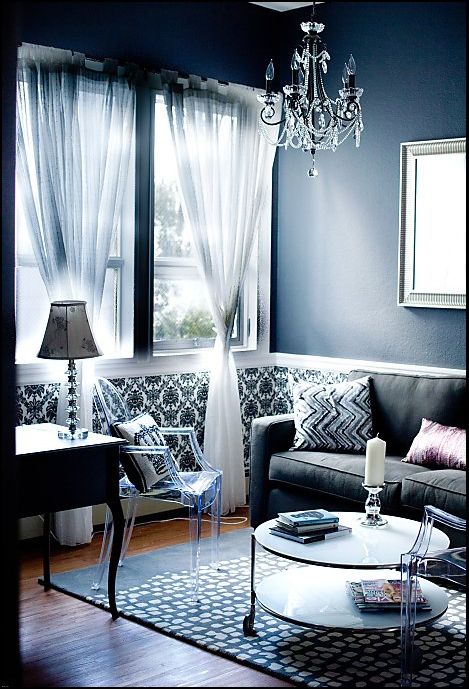 Call it the Kim Kardashian effect.

National mascara sales are on the upswing; salons specializing in lash extensions are hitting critical mass; doctor’s offices and cosmetics companies are finding big business in lash growth serums; and semi-permanent mascaras are picking up steam, proving that women are willing to try almost anything to achieve the lush, defined, cheek-grazing lashes that the reality TV stars have helped usher in as the beauty standard for the Tinseltown set.

“It all started with the media and celebrities endorsing prescription Latisse,” says Liv Contreras, a veteran licensed aesthetician and co-owner of Lashfully beauty lounge in the Cow Hollow district. “Then the Kardashians were the ones to really bling out lashes, making strip lashes, extensions and the whole lash trend even more popular.”

As Hollywood-averse as San Franciscans may seem, city dwellers have been quick to jump on the lash bandwagon. Lashfully, which Contreras opened almost 10 months ago with former client Matana LePlae, is one of at least a dozen lash-centric salons that have popped up recently in San Francisco, feeding the growing demand for lash enhancements.

Since the opening of Lash Lab nearly two years ago, bookings at the Cow Hollow salon have doubled to an average of eight to 10 clients per day, says 31-year-old owner Judy Anderson. Her team of five full-time licensed aestheticians focuses solely on lash extensions, and appointments fill up nearly four weeks in advance.

Although lash extensions have been around for decades, the service is starting to go mainstream with increasingly more options available. For women willing to spend the time and the money, it remains a popular, if not a downright luxurious, service.

When done properly, the painstaking process requires a licensed aesthetician to use precision-point needle tweezers and medical-grade glue to attach synthetic, animal or real human hair extensions to each lash. Devotees say the results are worth it.

“I love getting a look I can’t get by simply using mascara,” says Elena Greco, director of brand relations at San Francisco-based online beauty community Beautylish, who visits a salon for lash extensions every two to three weeks. “Also, I like the option of waking up and walking out the door without having to apply eye makeup.”

To read the rest of this story, go to the Sunday Style section on sfgate.com.

Aside from the obvious attraction of being among the first to view the new spring/summer 2012 collections on the runway, Fashion Week is truly inspiring for the parade of fashion that goes by in the crowds—on the street and especially in the shows. I’m always drawn to accessories and how people express their creativity, stepping up a great outfit to the level of truly fabulous. I’ll have a post up this week for the San Francisco Chronicle‘s Unzipped blog on street style trends I spotted on the Lincoln Center plaza, but for now… Here are some snapshots of show-goers I saw sporting some of the most covetable accessories of the season. 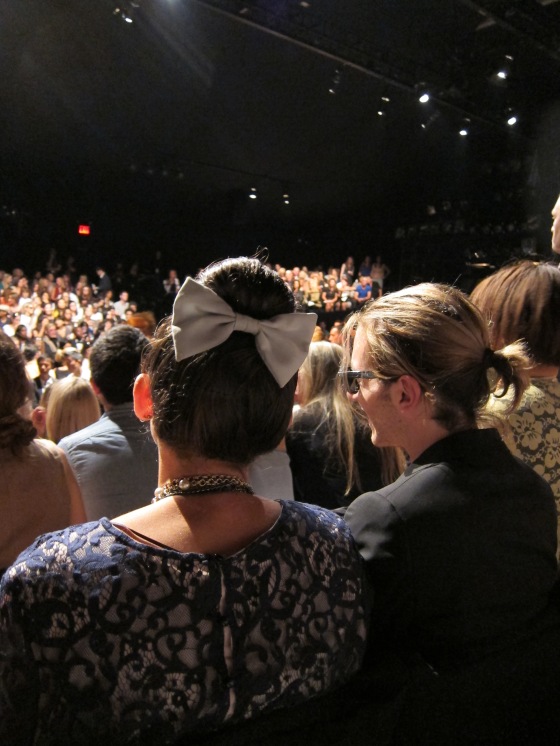 END_OF_DOCUMENT_TOKEN_TO_BE_REPLACED

Parachuting into New York Fashion Week: Backstage and Beyond

I parachuted into New York Fashion Week on Saturday, with the Spring/Summer 2012  shows already under way. So far, the collections I’ve seen have proven to be playful, exciting, and colorful—all that you’d expect from the season. 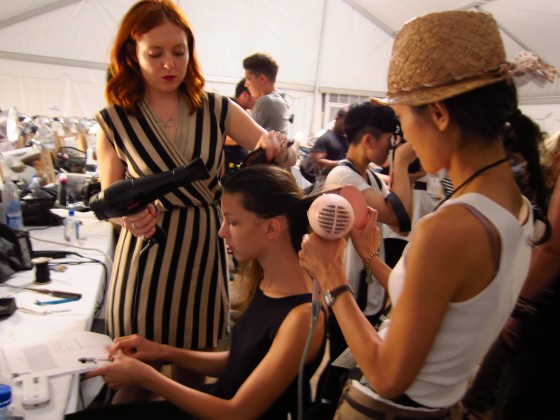